Is coconut oil good or bad? 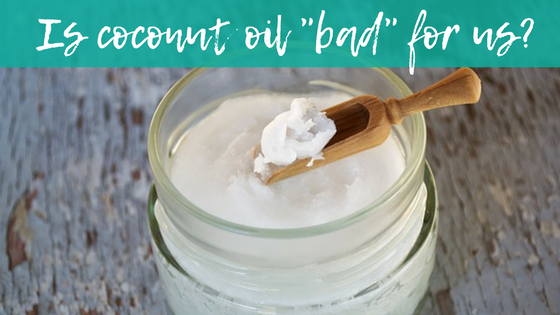 I had a relaxing evening planned last night.  Just myself, daddy, and an episode of House of Cards while snacking on these treats packed with good ol’ coconut oil (or is it as healthy as we thought?).  I just had a bit of work to do, launching our 6-Day Healthy Eater Challenge and setting up new families for the summer session of the Picky Eater Protocol.  Then I was looking forward to some downtime.  But when this article landed in my inbox and this one popped up in my Facebook Group suggesting coconut oil is unhealthy, my plans changed. 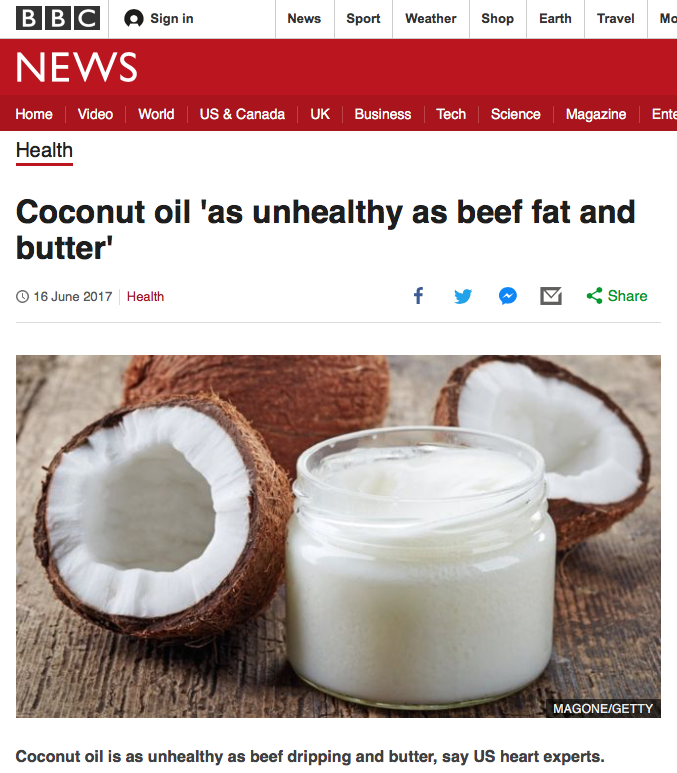 Health-minded parents were now doubting whether coconut oil was good or bad for them, and for a very good reason. These articles did a good job of sounding alarm bells.  After all, how can we ignore a heading like “Coconut Oil – as unhealthy as beef fat…” or dispute statements like this:

So as soon as I finished my “picky eater” work for the night, I immediately switched into defense mode, consolidating my research to provide peace of mind for families (and my own!).

Here are my reasons for continuing to consume coconut oil DAILY (despite the fear mongering happening around us).   A few quick terms first: 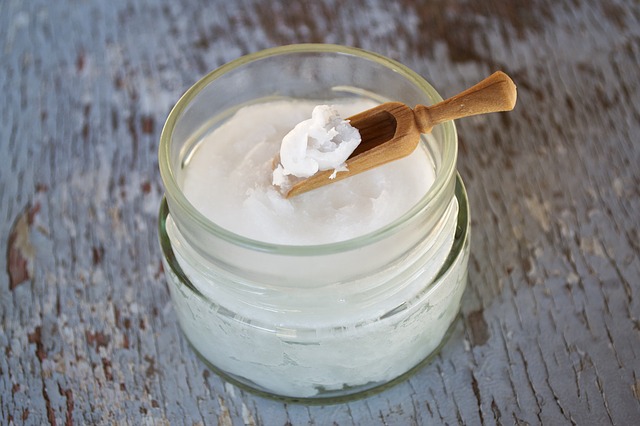 Small LDL particles actually triple your risk of heart disease. This is caused by high-carb, low-fat diets and is improved when you add fat back to the diet, including saturated fat. – Dr. Hyman.

2. Cholesterol isn’t the problem – inflammation is

The AHA recommends canola oil, soybean oil, corn oil, sunflower oil as good sources of fat and spreadable fats (i.e. margarine).  These are highly processed oils, high omega-6 fatty acid (which is inflammatory when consumed in large quantities and inflammation is a key predictor of heart disease).  Not to mention that both corn and soybeans are commonly GMO.

One of the authors say “he has no idea why people think coconut oil is healthy. It’s almost 100% fat.”  Our brains are ~60% fat.  The low-fat craze prompted consumption of more refined carbs, sugars, and omega-6 fat sources and guess what – these are the foods causing an epidemic of inflammation.

4. Cholesterol is not the devil either

We need cholesterol to survive.  And total cholesterol is not an accurate predictor of heart disease or stroke. INFLAMMATION is the culprit for most diseases (coconut oil is highly anti-inflammatory). In fact, our liver produces cholesterol every day.  It makes less when we eat cholesterol-rich foods and makes more when we eat foods without cholesterol.  So even on a cholesterol-free diet, you will have cholesterol in your body.

Countries with the highest intakes of coconut oil have the lowest rates of heart disease. In a study published in 1981, the populations of two South Pacific islands were examined over a period of time starting in the 1960s, before western foods were prevalent in the diets of either culture.  – Source

Coconuts were practically a staple in the diets, with up to 60% of their caloric intake coming from the saturated fat of coconut oil. The study found very healthy people who were relatively free from the modern diseases of western cultures, including obesity and heart disease. – Source

6. Low-fat does not equal low CVD.

The AHA states that only four clinical trials have ever been done with sufficiently reliable methodology to allow them to assess the value of replacing SFAs with PUFAs (in practice replacing animal fats by vegetable oils).  They conclude that this replacement will reduce heart attacks by 30% which is huge!  Interestingly enough though, these four trials are the only ones left after AHA experts rejected all others without a large positive effect (they also excluded studies showing the opposite – that PUFAs should not replace SFAs). – Source

9.  Not all saturated fat is created equal

One article also states to “Read the package to determine how much saturated fat is in your food” yet saturated fat in processed food never comes from quality saturated fats (i.e. grass-fed butter, cold pressed coconut oil).

I could go on and on, however I needed some shut eye in preparation for our father’s day festivities today (told Keith I would wake up with the girls and let him get sleep in).  So I’ll leave you with this to digest while I enjoy my Black Bean Brownies made with coconut oil!

NOTE: I am a Certified Nutritionist who has a great grasp on topics like this. However, cholesterol or cardiovascular disease are not my area of expertise.  I have done the research, consulted with the experts, and feel strongly that the latest information presented is not representative of the reality.  So felt compelled to write this.  But you have to make the best decision you can with the information you have.

I would love to hear your thoughts below! 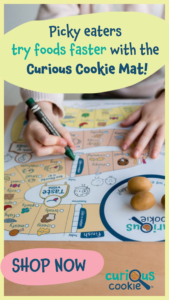