Birthday parties for kids: 4 ways I keep it simple 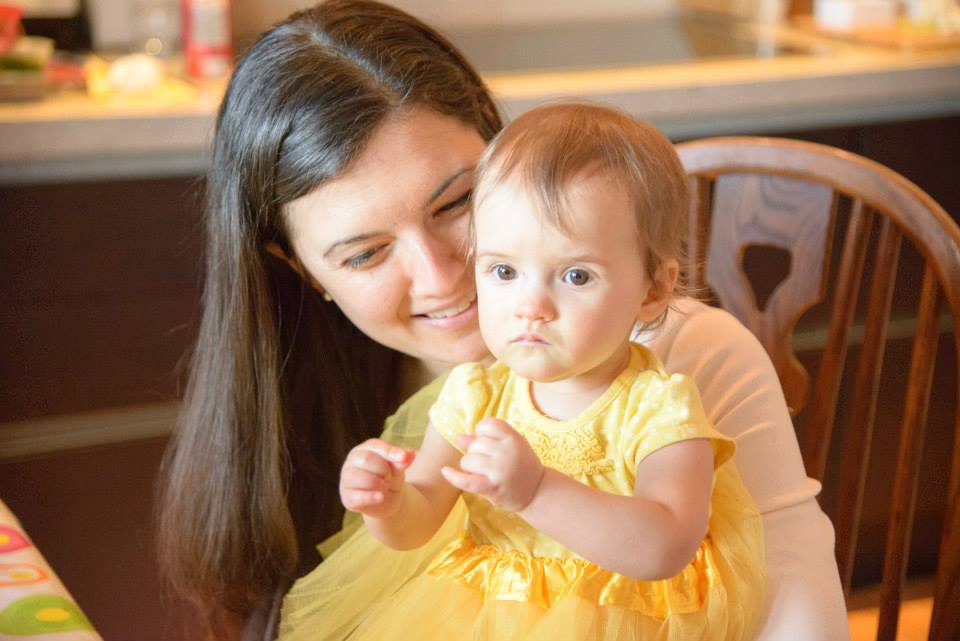 Kid’s birthday parties can get complicated quickly.  This year I decided to simplify the party planning and save my sanity.

After all, I have absolutely no recollection of what it was like to be one year old.   I don’t remember my cake, whether there were balloons or a theme for my first birthday…nor the second or third.  It dawned on me that my girls won’t likely remember a thing either (no matter how much fish oil I give them to boost their brain power).  🙂

Two years ago, I went a little nutty trying to throw my sweet Sienna a memorable first birthday.

I ordered a super cute pennant banner from Etsy… 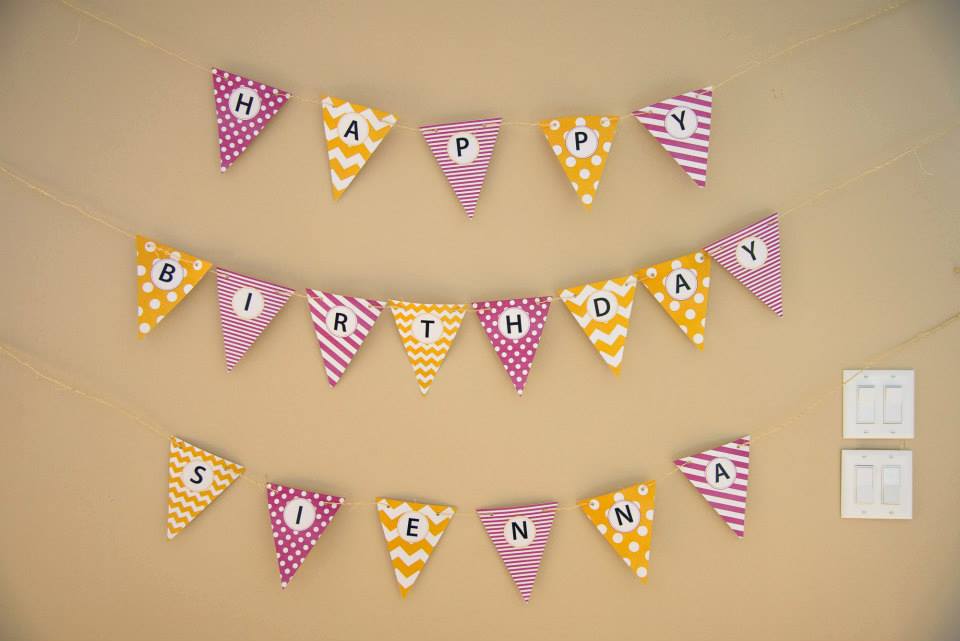 I had a chalkboard memory sign designed, and a custom-made yellow tutu. 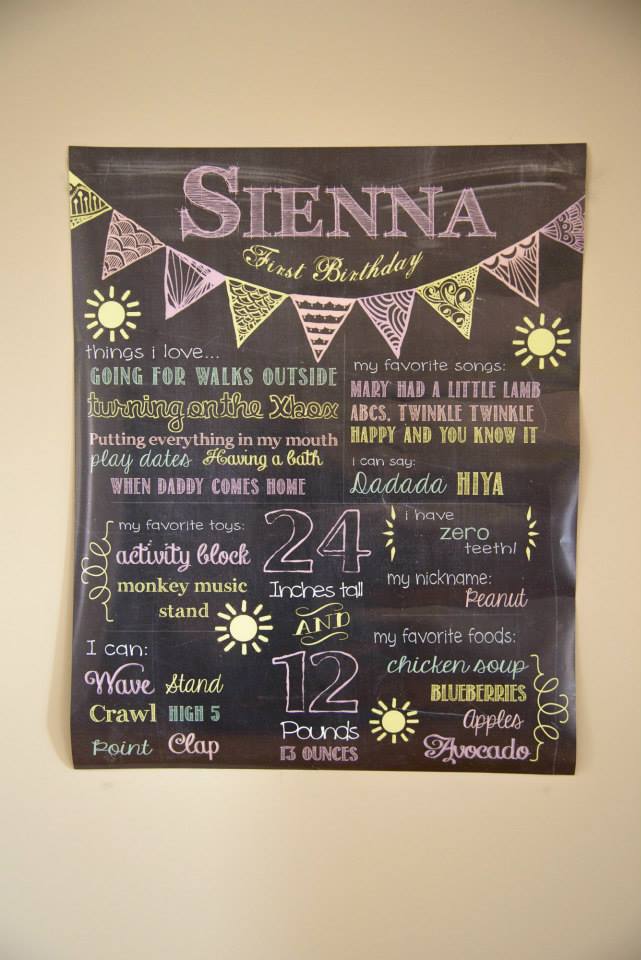 Plus I spent a few hours trying to master paleo cupcakes that guests would actually eat (then ended up hiring someone to make them look pretty). 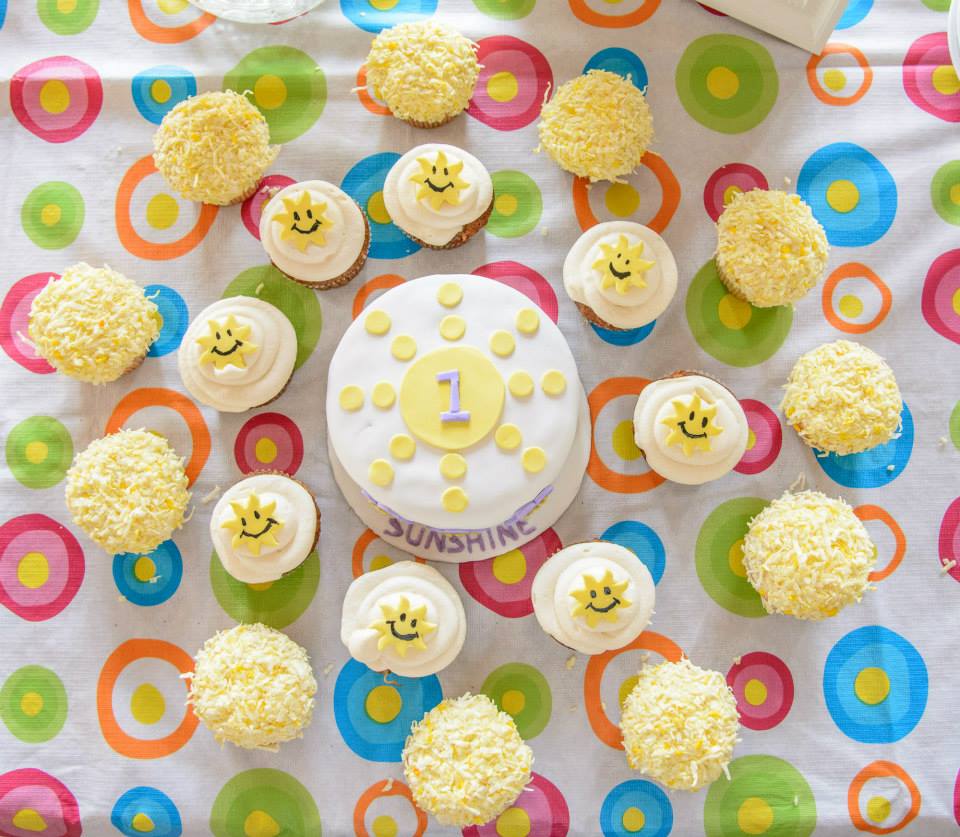 And in the end, her “You are my sunshine” themed party came to life. 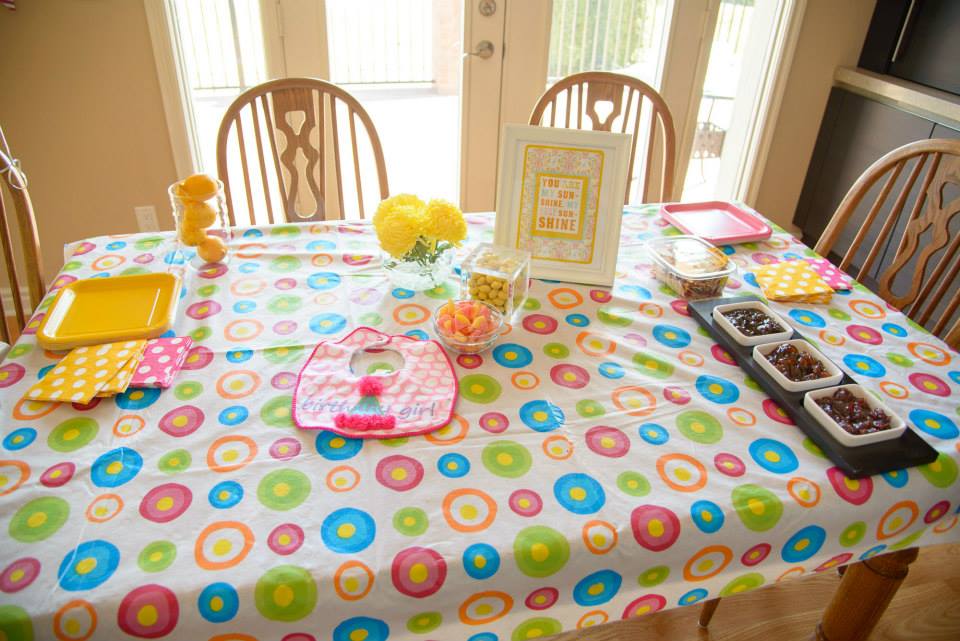 Time to do it all over again!

My second sweet daughter, Naomi, turns one next week and we just celebrated with Keith’s family this weekend.  I realized that pulling together an Instagram-worthy party wasn’t going be so easy with two kiddos vying for my attention.  So I decided to try something different this year and KISS (keep it simple silly).

Here are 4 ways I simplified birthday party planning for my kids:

Sienna and Naomi have birthdays within 6 weeks of each other.  So, instead of throwing 4 separate parties (one with each family for each of the girls) we went with a joint celebration this year for each family.  Smartest decision ever.  It saved us a lot of headache, travelling, and of course, money.  It also freed up a few weekends for our guests who I’m sure appreciated it.  Until the girls request their own separate parties, the combined version works just fine right now. And makes mommy a little less crazy 😉

For Sienna’s party three years ago we had a few beautiful things created/designed/custom-made – and we never used them again.  As much as I love spending time and money on Etsy, I decided to dust off the “Happy Birthday” pennant banner (glad I saved that) and put Naomi in a pretty tutu we already had kicking around in her closet. 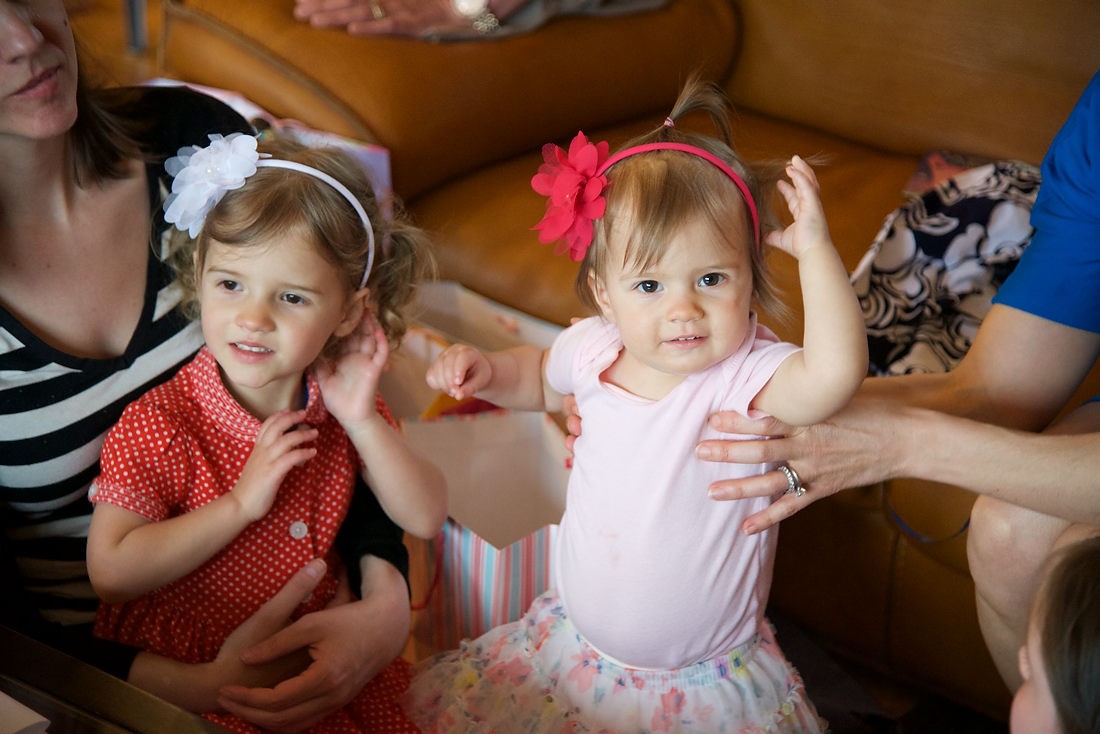 What we did recycle was the chalkboard poster idea – it was too fun not too!  We had one created for Naomi for a mere $15 because it was something special we wanted for both kids to look back on as a keepsake. 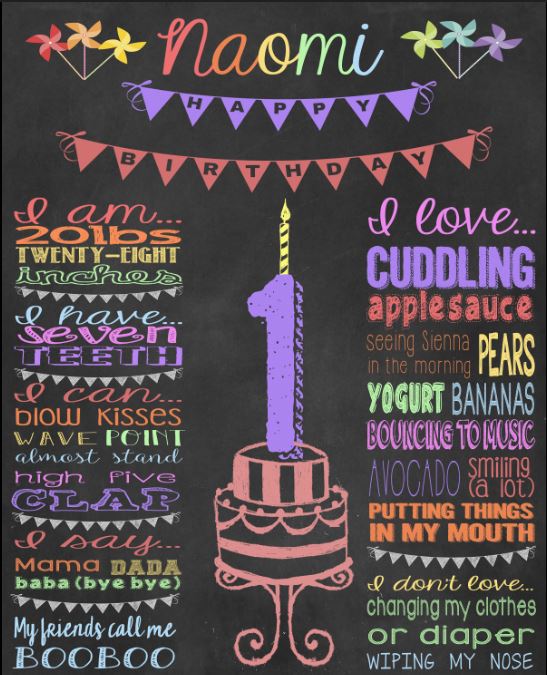 Being a nutritionist and someone who is invested in my family’s health, I’ve felt compelled to invest in ‘healthier’ cakes over the past few years (gluten-free, dairy-free, coconut flour cake with coconut milk icing).  The reality is that most of my family just wants to eat a traditional birthday cake.  So I took off my nutrition hat and picked up a slab cake from Costco.  The bonus: it fed everyone for $20 vs. $60 we spent last year!.  And for the girls we grabbed Sweets from the Earth cupcakes which they only had a few licks of and then went back to playing. 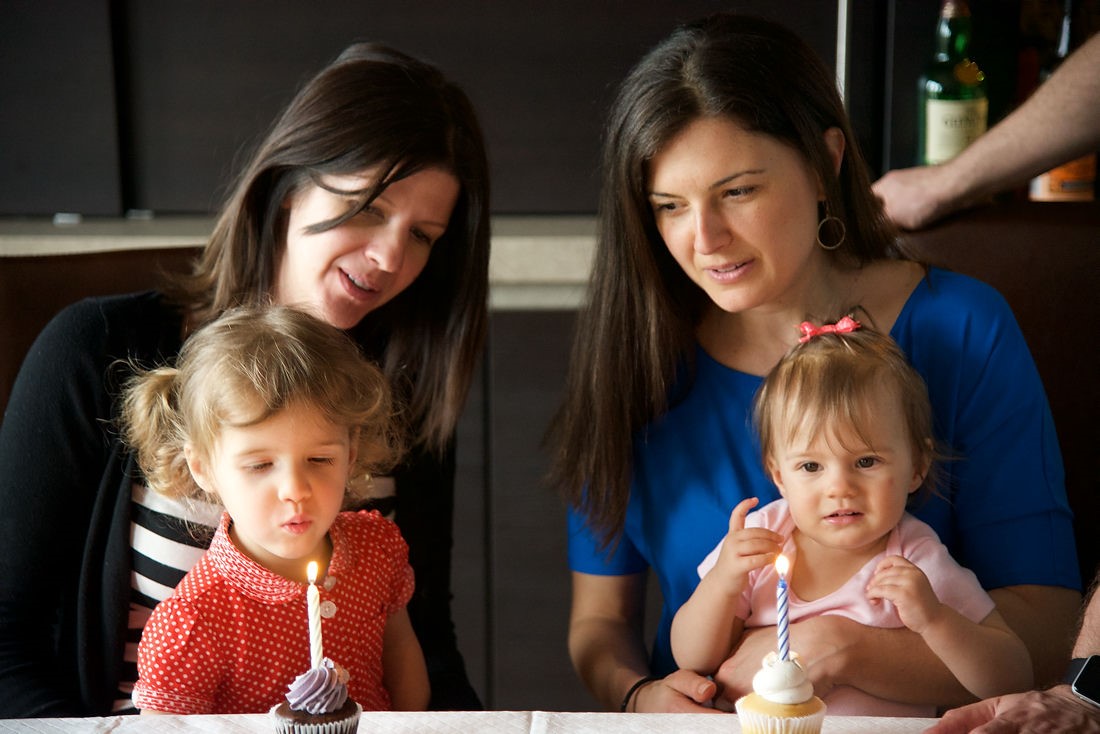 Bring in the meal.

When I host a party, I like to keep things healthy by making my own recipes for guests to nosh on.  However, with my new business going full-time recently and two kids to entertain and love, I knew a homemade dinner for 30 people was pushing the envelop.  So I admittedly relinquished control of my meal and went to Costco.

Even if the food wasn’t coming out of my kitchen I still wanted to keep things ‘clean’ (for the most part).  I just didn’t want to break the bank in the process. Costco has virtually everything I needed with a smaller price tag.

We grabbed RW Garcia Gluten-free Beet Crackers (they also have a Sweet Potato version), Mary’s Crackers, guacamole, hummus, Wild Roots Kale & Chia chips, organic turkey sausages, veggie and fruit platters, plus a plain pizza (to which I added a pile of grilled veggies).   Everyone ate happily even though it wasn’t homemade. 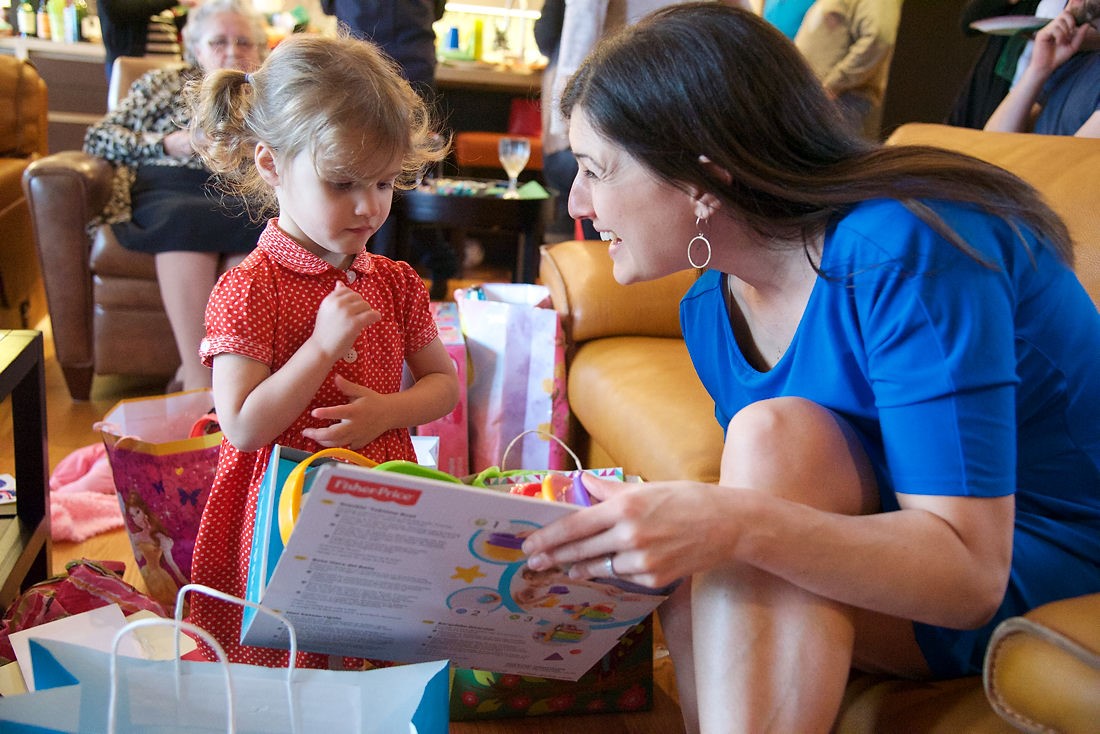 So I let go of the details…

It’s easy to get caught up in party planning and lose hours of your life to google.  I know because I’ve done it.  But the result (or at least the result that matters) is the same.

I may only get an “E” for Effort this year, but despite skimping on the details, my girls had the perfect party.

One day soon, Sienna and Naomi will want the Frozen themed party (sorry daddy), a three tiered cake, and a jumpy castle in the backyard.  There will be a time when I’ll need to pay attention to the details, but until then I am keeping it simple so I can spend less time stressing and more time doing the stuff that matters. 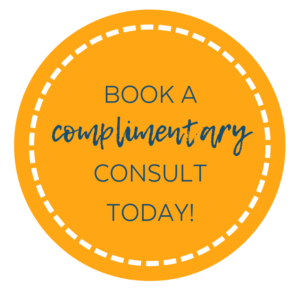 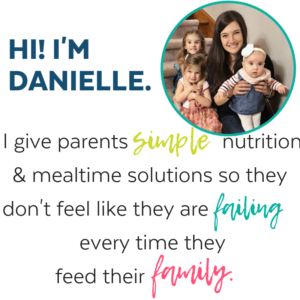 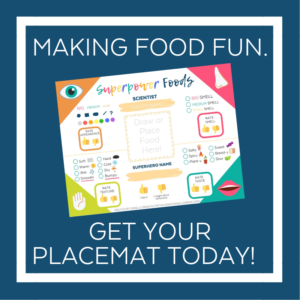 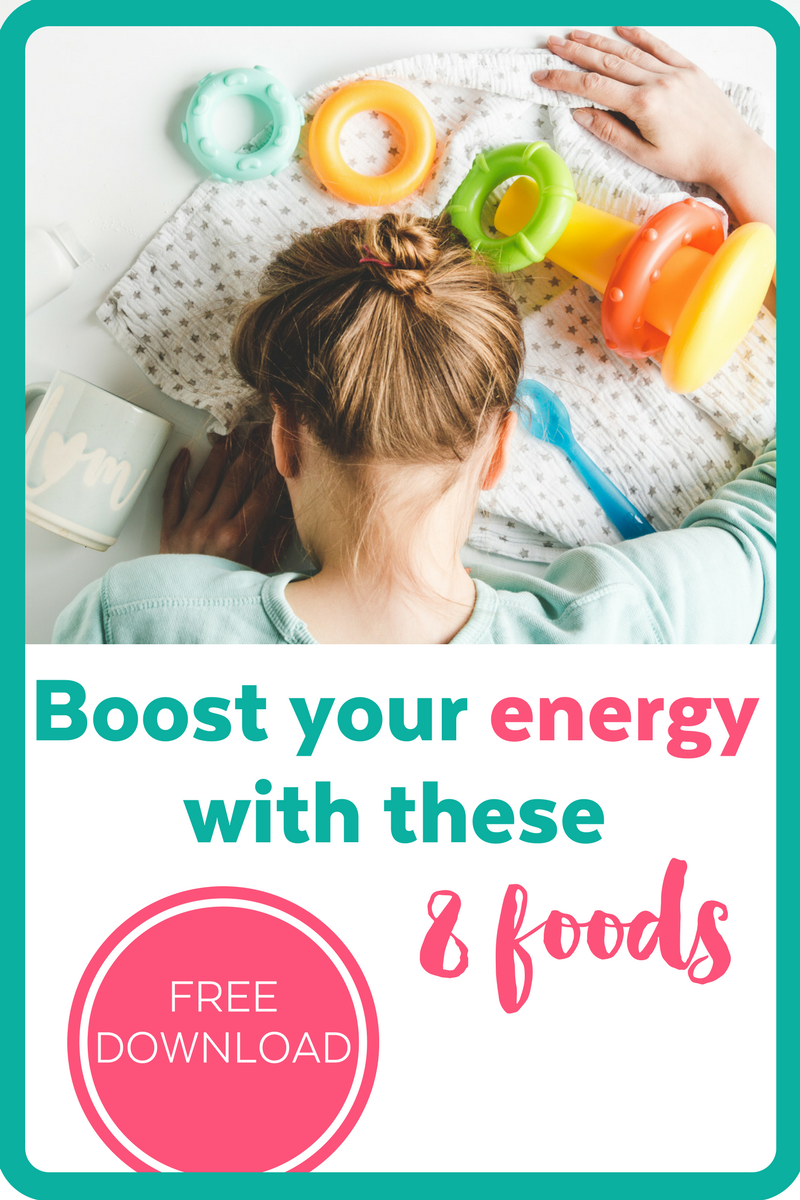 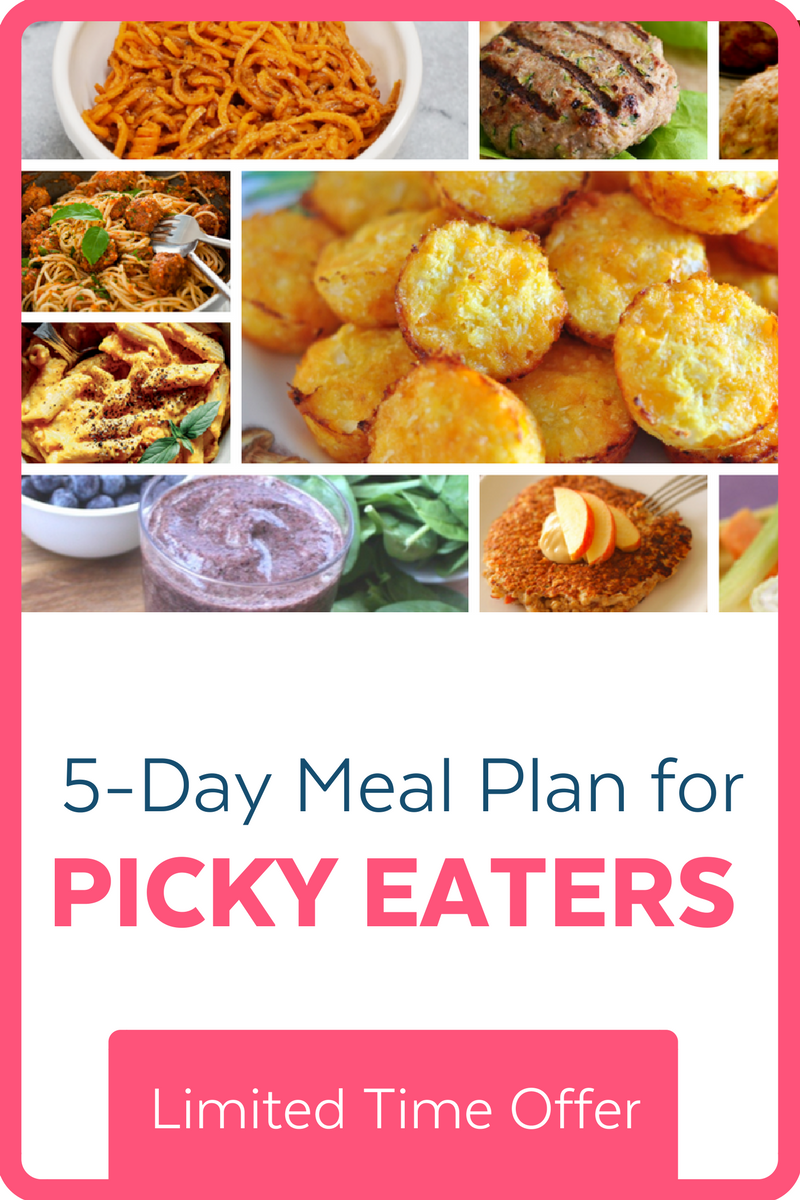 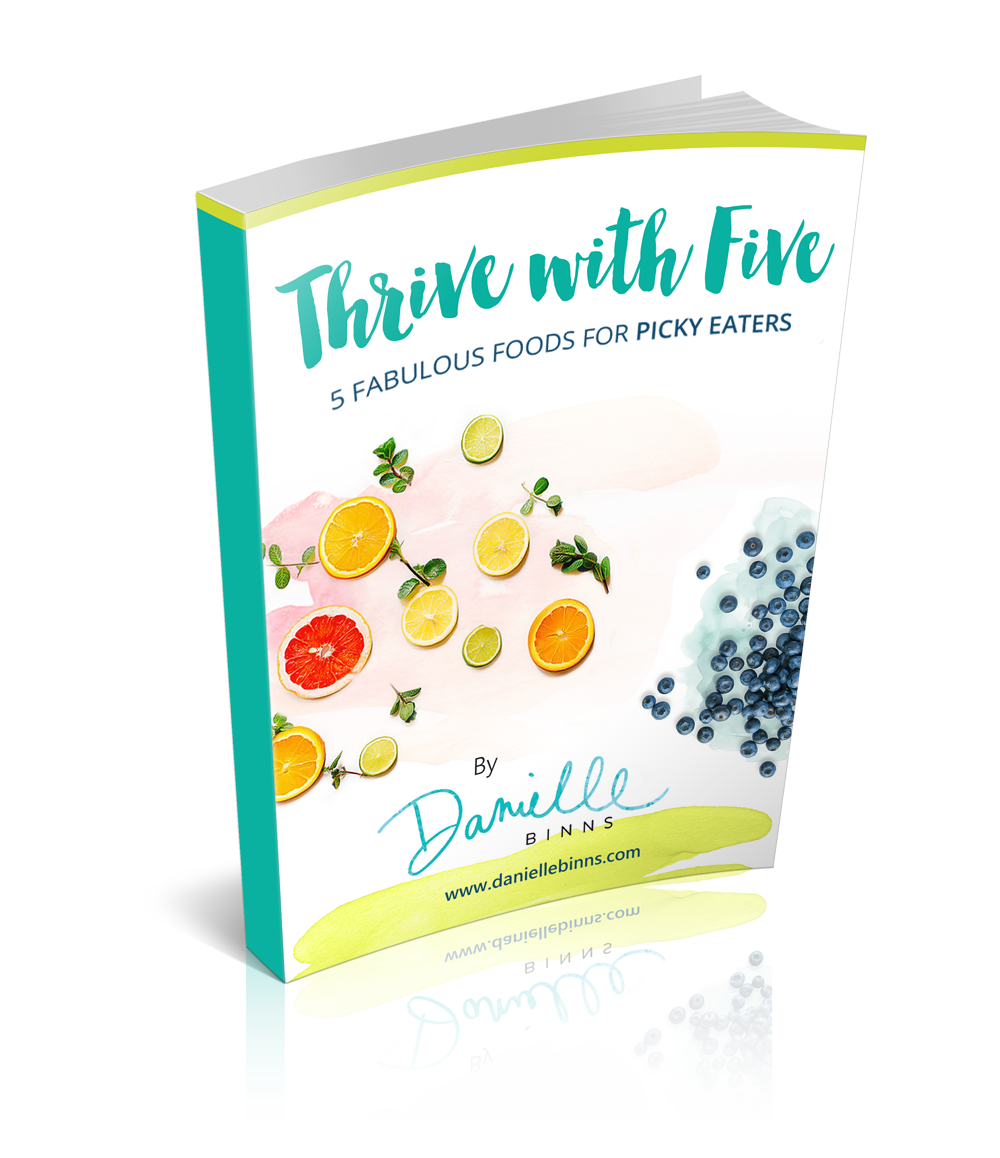